We trust that you have never read or heard about a “breathing testimony” before? This will now be something that can be removed from that famous bucket-list of so many people. Ha-ha! 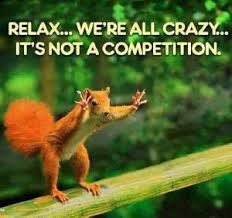 I heard someone a while ago talking about ways to deal with stress and the point of the talk was about breathing exercises. I had heard about this before and was ready to take a quick nap in the back of the room.

The Holy Spirit had other plans and told me to pay attention. Since breathing is called an autonomous function, we don’t spend much time thinking about it. When we get into stressful situations, our breathing generally becomes more shallow and rapid.

So what’s the big deal? The big deal is that the vast majority of us spend a lot of time in relatively stressful situations. Even watching the evening news in the comfort of your home can make us rather anxious. When this happens, we end up going through the day with a lowered amount of oxygen getting into our blood and into our brains. Oh, so that’s why we say and do more stupid things when we are under pressure and stressed out.

As I started to listen to the speaker explaining this, I began to get more excited because my job comes chock full of stressful situations since working at a hospital. The suggestion given was to regularly spend some time focusing on your breathing.

The thought came to me that while focusing on my breathing while dealing with stressful situations, it can also be a chance to thank the Lord for being alive and for the amazing process of breathing that we all overlook.

I started doing this and my stress signals began to get smaller and my thankfulness for Yeshua’s love and goodness became greater. I didn’t check my oxygen levels but I bet they were higher. I was able to view those stressful situations with much more confidence and more positive speaking. I was able to better avoid that “whining and complaining” thing we tend to do when the going gets rough.

This takes no skill whatsoever, but you will need to give yourselves a reminder to do it, especially when your boss or spouse are not keeping your strong points in mind.