Godly Men Are Up To The Task

It is time for Godly men to go for the knock-out punch against the deadly foe of pornography. The battle has been hidden away for too long. Christian men
all over the world now have the winning edge. 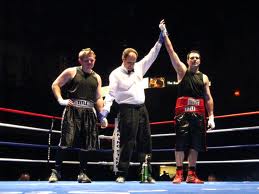 They just needed the right strategy to get the victory
that is so important.

Studies show that Christian men struggle with this battle just as much as non-believers. With the universal access to the internet, most men face this horrific temptation up to ten times on a daily basis. Those are not good odds.

The Battle of Godly Men

This battle has become so huge that it is accepted as fact that the biggest struggle men in the Church face is with sexual temptation, most notably pornography.

The numbers are staggering when it comes viewing sexual content and that includes Godly men and even pastors. The percentage is close to 70%.

One of the biggest barriers to spiritual growth among Godly men is pornography. It creates a sense of hopelessness and self-hatred. Men then tend to isolate themselves and the enemy has won. At least he thinks he has won.

The enemy wants passive men who feel that they can no longer please God and feel that they are stuck spiritually. They take a pass and women have to take up the slack.

This sad condition among Godly men has started to change. The tide has turned and Christian men are learning how to deliver the knock-out punch to the enemy and his x-rated schemes.

This knock-out power is an amazingly simple strategy for Godly men to use and it is called the Power of Four.

When Godly men get engaged in the Word of God at least 4 times a week, their ability to resist sexual temptation is magnified. The percentage falling to the plague of pornography numbers drop from 70% to about 40%.

Being engaged in the Word is not just reading it, but also meditating on it and actively pursuing ways to apply it to your life.

The Gospel of John talks about letting the Word abide in you – letting it become part of you. That’s when you bear much fruit.

That is a pretty significant drop. It gets better, though. If these same Godly men also participate in some type of ongoing men’s fellowship activity, the numbers drop almost another 30% points.

This fellowship may be meeting periodically with a Godly man, involved in a ministry to men, or participating in a small group like a Bible study.

I’m tired of hearing about Christians who don’t look or live any different than non-Christians. Another result of these 2 activities is that there is marked reduction in destructive behaviors by men such as drunkenness, adultery/fornication, and gambling.

I just heard the bell and the fight is over. Godly men just put pornography out of commission.

P.S. On-line teams of GODLY MEN are forming now called the Courageous Men’s Destiny Teams and they will help get in the winning corner at the link above.