The definition of a Godly man must be a man who has a desire to be like God. This is a natural desire if you believe you were made in the image of God. That is a noble thing but it is another thing altogether to actually make progress towards this goal. 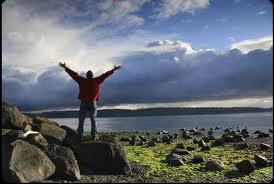 To be like God also involves the willingness to submit to God and to His ways and plans. That includes, in a big way, His plan for our lives. In order to be a Godly man, one must be concerned with God’s plan for your life or your destiny.

A Godly Man Has A Destiny

Thinking about your God-given destiny and wanting to know the details about your destiny is a great place for Godly men to start. There is much more involved, however.

There are many forces in play that are working against you on your path to realizing your destiny in life. As a  result , it becomes very important for you to pursue your destiny. It won’t come jump on you and it won’t wait for the right alignment of the stars.

A Godly man must be persistent, must walk in faith and prayer, must be willing to invest in others, and must seek the counsel and support of other Godly brothers in Christ.

Years ago I felt a calling from the Lord to run for a state office. I was shocked by this and spent time praying about it, discussing it with my wife, and getting advice form some close friends. I decided that this was indeed a path that the Lord wanted me to take.

Everything involved with running a campaign was a struggle for me. There were endless nights making phone calls. I involved my family in designing campaign signs and getting permission to post them across my district in Louisiana.

There were numerous receptions and debates and interviews which I just thoroughly enjoyed. I put a huge amount of effort in what I believed was my destiny from the Lord. I sacrificed a lot of time with my family.

To make a long and painful story very short, I did not win the race. I was quite devastated. I asked the Lord what went wrong. My conclusion was that I had submitted to the Lord and ran a campaign that honored Him. I had to leave the results up to Him.

The point is that I pursued what I truly believed to be my destiny in Christ as a Godly man. Do I still believe that my God-given destiny is to serve people through a government office? It may still be in my future some day.

I do feel certain that my destiny involves working with men to become Godly fathers and husbands. There is such a strong desire in my heart to provide men with a vehicle to help them discover their destiny and support to achieve it.

That’s why the Courageous Men’s Destiny Teams were created.

If you call yourself A GODLY MAN or want to learn about Godly manhood, I challenge you – I double-dare you – to go to the link above.