The Kingdom of God Is in You 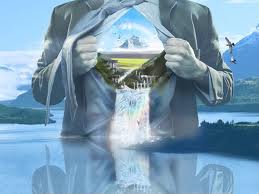 If you are a Christian, your life should constantly be a visible expression of God’s power and blessing. The challenge here is that this most likely will not happen automatically.

There are five keys that can follow for you to be visible and effective minister of God’s grace and power. That means that you are dealing with the effects of evil in people’s lives like Jesus did when He was on this earth.

We will take a look at the life of Gideon to see how you can put these 5 steps to releasing the glory of God’s kingdom from inside you. This steps were shared by Robert Heidler to the Global Spheres Center congregation.

The Kingdom of God
Is In You – 5 Keys

The Kingdom of God is in you and it is past time to let it out.

2) Once you know who you are, you need to discover what is your destiny in the Lord. As His son or daughter, you have a destiny or a direction to take in life.

Ask the Holy Spirit what that is. The Bible says that we were created for good works that He established for us to complete.

3) One of the areas that we need to be constantly aware of is dealing with any areas of sin in our lives. This is what gives our enemy the chance to hinder or block us from walking in the fullness of our destiny.

He wants you to doubt that the Kingdom of God is in you. If he can’t succeed at that, he wants to keep God’s glory from flowing out of you. On-going sin in our lives is like a plug to stop that up.

God told Gideon to tear down an altar of baal that his father had built. He needed to deal with this area of sin in their lives.

Ask the Lord where you are missing it and how you can deal with any sin that you have allowed in your life. Stay submissive to the Lord and allow others to help keep you accountable.

4) Whatever the Lord has for you to accomplish, it will require you to take a step of faith. It is not enough just to know that the Kingdom of God is in you, but you must be willing to step out in faith.

An angel of God told Gideon he was to deliver Israel from their enemies. Gideon followed the Lord’s instructions in narrowing down the numbers of his army so no one would be tempted to think it was by their might that the nemy would be defeated.

5) You may know that the Kingdom of God is in you. You have sought and received direction about what your calling in life is. You may have dealt with sin in your life.

You may have even stepped out in faith. The last key is to seek God’s strategy on how to get the job done.

God had a very specific plan for Gideon and his army to follow. The result of following God’s strategy was the routing of the Midianites’ army which was a huge number.

The Kingdom of God Is In You – Special Times

We are indeed living in unique times, and we fully believe that the Body of Christ must stay close to the Lord and follow His plan for us to fulfill our heavenly destinies.

P.S. THE KINGDOM OF GOD IS IN YOU and His glory and power is waiting to be released so you can fulfill your calling. On-line Courageous Men’s Destiny teams are forming now to support you at the link above.